Adenosine triphosphate is a nucleotide phosphate organic compound that consists of 3 phosphate groups and adenosine, a ribonucleoside. Adenosine consists of a ribose sugar and an adenine ring. It has a chemical formula of C10H16N5O13P3.

What is Adenosine Triphosphate?

ATP is produced in eukaryotes by 3 pathways: glycolysis, CAA cycle, and beta-oxidation. Besides glycolysis that occurs in the cytoplasm, the rest 2 pathways occur in the mitochondria.

The energy from a respiratory substrate is released in steps of metabolic processes via cellular respiration. This energy is stored for future requirements in the form of a chemical bond in ATP. The first pathway of cellular respiration is glycolysis that breaks down glucose into pyruvate with the production of NADH and ATP. This universal anaerobic pathway is also referred to as the Embden-Meyerhof-Parnas pathway. Other alternative pathways include the pentose phosphate pathway and the Entner-Doudoroff pathway.

The CAA cycle is set off by the decarboxylation of pyruvate to Acetyl Coenzyme A that enters the cycle and then in a series of steps, the complete oxidation of pyruvate occurs yielding CO2, ATP, NADH, and FADH2. The electron-carriers then transport these electrons to the Electron transport chain, where oxidative phosphorylation occurs coupled with electron transport. These reactions occur in the mitochondrial matrix in the case of eukaryotes, while in prokaryotes it takes place in the cytoplasm.

ATP can also be synthesized by substrate phosphorylation as in chloroplasts of plants.

Fermentation and photophosphorylation also yield ATP. In fermentation organic compounds are used as electron acceptors. Fermentation refers to the anaerobic process occurring in organisms like yeast that aid in the production of energy that is less compared with the yield of oxidative phosphorylation.

This process can also be witnessed in mammalian muscles, when there is a dearth of oxygen supply, the cells resort to fermentation.

ATP can also be synthesized by 2 molecules of ADP giving AMP as the byproduct. ADP on the addition of a phosphate group gets converted to ATP and this reaction occurs in oxidative phosphorylation, substrate-level phosphorylation, and photophosphorylation.

ATPs provide metabolic energy for processes like motility, cell division, and biosynthetic reactions. It also functions as a substrate for AMP production. ATP is hydrolyzed into an AMP molecule and inorganic pyrophosphate:

AMP is eventually degraded into uric acid that is excreted as it is a waste product.

ATP entails a high-energy chemical bond that is phosphate bonds. It hydrolyzes to release this energy and ADP is formed. This energy is employed for various biological processes.

ATP can also act as a substrate for yielding ADP and AMP. ADP plays a crucial role in processes like glycolysis, activation of platelets, and photosynthesis. 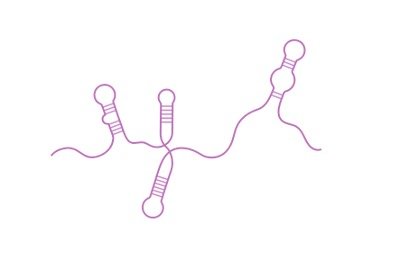