Ancient Greek “ᾰ̓πό” (apó), which means “away (from),” and “μίξις” (“mxis”), which means “mixing.” Apomictic parthenogenesis is a synonym for apomixis.

Plant reproduction, like that of any other creature, is critical to their survival. In plants, this crucial process of reproduction happens in a variety of ways. Sexual and asexual reproduction are the two primary categories in which they all fall.

In sexual reproduction, two gametes of opposing sexes combine and fertilize, producing a progeny or progenies with a newly formed genetic make-up.In contrast, there is no gamete fusion or fertilisation stage in asexual reproduction, and the progeny generated is genetically identical to the parents’ generation.

To comprehend this, we must first comprehend that reproduction is an essential activity in the lives of all living creatures, including plants, animals, people, viruses, and germs.

Parthenogenesis – an asexual form of reproduction in which embryo development occurs without sperm fertilisation — is observed in Kingdom Animalia, while apomixis is a comparable process in Kingdom Plantae.

Organisms with parthenogenetic reproduction can be obligatory (only reproduce asexually) or facultative (reproduce sexually) (alternates between both sexual and asexual means).

The term apomixis is defined as follows in biology: “a type of asexual reproduction in plants that involves the development of embryos and seeds rather than the fertilisation of sexual gametes.”

In the plant kingdom, this is a unique mechanism for seed creation since, in general, only gamete fusion leads to zygote formation, which leads to embryo formation, and then seed/s formation.

In apomixis, however, seed formation happens without fertilisation. Apomixis is derived from the Greek words “apo” (meaning “away from”) and “mixis” (meaning “mixing”). Many well-known scientists have sought to unravel the significance of apomixis and the many processes that it entails.

The following are some of the most important:

1. Apomixis is described by Winkler (1940) as the replacement of sexual reproduction with no sort of fusions, neither nuclear nor cellular.

2. Fagerlind (1940): Apomixis is a kind of reproduction that does not require fertilisation and does not involve alternate nuclear phases.

3. Richards (1997): The most often used and well accepted definition of apomixis is agamospermy. The megaspore mother cell develops into an embryo sac in agamospermy (MMC).

This apomixis process is riddled with complications. Let’s take a closer look at how apomictic processes work in nature, the many forms of apomixes (plural form of apomixis), and what precisely apomixis is – an explanation with examples, and how this process developed in the plant world. Though there are many controversial problems surrounding this process, we are gaining a better grasp as science progresses.

Baby Penguins: All The Facts, Care, and Pictures

Baby Owl: All The Facts, Care, and Pictures

Baby Pigeons: All The Facts, Care, And Pictures

Winkler discovered the phenomena of apomixis in 1908, when he saw a lone female Alchornea ilicifolia plant at Kew Gardens, England, continually producing seeds. This plant originated in Australia and has no male equivalent in the United Kingdom.

Winkler was impressed by the fact that a female plant may develop seeds without the assistance of a male plant, which is rare for a sexually reproducing plant. As a result, he coined the word apomixis, which describes a situation in which the seed is produced despite the absence of male input.

We need to know what apomixis is and how important it is. It provides plants with a multitude of benefits that make them more efficient and robust. Consider the following scenario:

1. Apomixis guarantees that a plant reproduces despite the absence or extinction of pollinators.

2. Apomixis saves a lot of maternal energy that would otherwise be squandered on creating non-viable/unfit offspring, lowering the cost of meiosis and requiring less energy.

3. Apomixis also saves male energy by avoiding the cost of pollen production in some plants.

1. A stock source that is genetically homogeneous

2. A virus-free source of rootstock

4. Are quite important in plant breeding efforts.

There are about >400 flowering plant species in which apomixis has been reported. The kingdom Plantae is made up of more than 40 families. Although both gymnosperms and angiosperms have seed formation, gymnosperms do not have this sort of seed formation.

Both types of angiosperms, monocots and dicots, have a good number of apomictic instances. The existence of this phenomena is “non-uniform” throughout the angiosperm groups. Poaceae, Asteraceae, and Rosaceae have the most apomictic occurrences, accounting for about 75% of all angiosperms.

Poa spp., Zea mays, Brachiaria spp., and other members of the grass family (Poaceae) are well-known for their apomictic seeds. In compared to its genus and species diversity, the biggest angiosperm family, Orchidaceae, has a low prevalence of apomixis.

All of this points to a primary developmental and genetic make-up that emerged in specific plant lineages in particular. Those qualities were either predisposed to certain lineages or developed through time in a unique way. Apomixis has been linked to self-incompatibility, dioecy, polyploidy, and heterostyly, among other things. These mechanisms are thought to have had a significant influence in the development of apomixis in plants.

Self-incompatible plant lineages, for example, have evolved in the direction of apomixis to fill in the gaps of incompatibility. This suggests that self-incompatible lineages may have evolved to generate seeds on their own, without the requirement for a male counterpart from inside the plant or from other plants.

Apart from sexual reproduction, apomictic and self-reproductive strategies are the two primary evolutionary plans of action in flowering plants.

Apogamy and Apospory in non-Flowering Plants

To comprehend these two words, which are frequently misunderstood, we must first understand the two essential processes of meiosis and fertilisation. In order to generate gametes, sporophytic cells go through meiosis, which is a reductional division.

Fertilization is the process of combining two gametes to produce a zygote.

1. sporophyte vs. gametophyte in apospory (meiosis-free).

2. In apogamy, the gametophyte and sporophyte are the same thing (without fertilization).

Apomixis is highly prevalent in flowering plants, however it occurs in a non-uniform manner throughout the angiosperm groups. It’s easy to spot in the Rosaceae, Asteraceae, and Poaceae families, but not so much in the Orchidaceae. This tendency has also been shown to be more prevalent in perennials than in ephemerals.

Apomicts are obligatory in certain blooming plants, whereas they are facultative in others. Taxa that reproduce entirely by asexual reproduction are known as obligate apomicts. In contrast, facultative apomicts are taxa that can reproduce either sexually or via apomixis.

Apomixis is classified into several kinds depending on relative asexual processes that are similar to the sexual life cycle of flowering plants. When asked how apomicts reproduce, we can make a comparison between asexual apomicts and sexually reproducing plants and explain associatively. In terms of classification, there are two main types: vegetative apomixis and agamospermy.

a) Agamospermy: To begin, there are three primary kinds of agamospermy that have been extensively studied:

1. Diplospory (type- gametophytic): The embryo sac develops directly from the MMC (megaspore mother cell or archesporial cell) by mitosis and/or interrupted meiosis in this kind of gametophytic apomixis. There are two forms of diplospory: mitotic and modified-meiotic.

2. Apospory (type- gametophytic): A form of gametophytic apomixis in which the embryo sac develops from nucellar cells, i.e. the gametophyte grows without the participation of meiosis.

b) Vegetative Apomixis: Although we can’t name certain kinds of vegetative reproduction apomixis, we can certainly include those that serve as substitutes for sexual reproduction, such as reproduction by vegetative buds, proliferations at blooming (inflorescence) locations, or bulblet reproduction. It’s prevalent in Allium spp., Agave spp., and other plants. 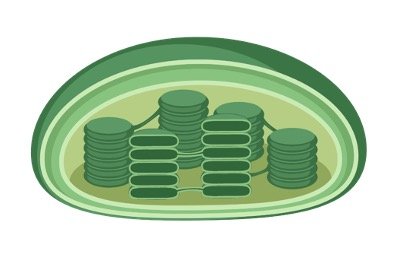