Binomial Nomenclature represents a naming system that categorizes organisms like microorganisms, animals, and plants in different classes or groups and provides a unique name based on the classification. This naming system helps to recognize and distinguish a species from the other related ones and is universally accepted.

What is Binomial Nomenclature?

Binomial nomenclature is employed for naming biological entities and is a widely accepted naming system. An organism can have many native, regional, or local names that make it difficult and confusing to identify the species and further communicate any research findings or observations related to them. A protocol was introduced according to which every organism would have one universally accepted scientific name to eliminate any sort of confusion pertaining to the names.

This widely accepted naming system entitles a scientific name to an organism and is also called the binary nomenclature as 2 terms are involved in the nomenclature.

Carl Linnaeus a Swedish physician and botanist who is also referred to as the founder of modern taxonomy first introduced the binomial nomenclature. In his book Systema Naturae he classified and described many species of animals and plants. In accordance with this system, specific guidelines are followed while restoring to name an organism. Distinctive relevant names are provided to the flora and fauna concerning this algorithm.

1. The scientific name is in Latin and therefore should be written in italics. For instance, the scientific nomenclature of the horse is written as Eqqus caballus.

5. The scientific name will be written in parentheses when used along eith the common name and it can vary with the publication. For instance “The dolphin (Delphinidae delphis) are considered as marine mammals”.

7. The “sp.” abbreviation is employed when the species named is not specied or not known or not required. The “spp.” Abbreviation denotes the plural, i.e, “several species”. These abbreviations are not to be underlined or italizied. For example, “Felis sp.” denotes an unspecified species, while “ Felis spp.” Refers to 2 or more species of the Felis genus.

8. The “cf.” abbreviation i.e. confer in Latin is employed to link a taxa or an individual with a recognized species. It is usually used when the identification of a an organism had not been fully confirmed as in palentology. For example, “Corvus cf. nasicus” was employed to describe a fossil bird similar to the Cuban crow but has not been identified in the species yet.

9. A dagger image (“†”) can be utilized before or after the scientific name to refer to an extinct species.

Baby Pigeons: All The Facts, Care, And Pictures

Baby Penguins: All The Facts, Care, and Pictures

Baby Owl: All The Facts, Care, and Pictures

This naming system are easy to understand and remember as they are meaningful, simple, stable, meaningful, and widely accepted. This reveals the evolutionary history of the genus or species and their relation with other organisms. It aids in recognition and distinguishing different related or diverse organisms.

In case there are more than one existing name in use then the priority will be given according to the chronological order and the one used first would be given the right title while the others can be used as senior synonym. There needs to be an emphasis on building more stability into the naming and classification. The names that were in use prior to “Systema Naturae”, by Linnaeus aren’t acknowledged. 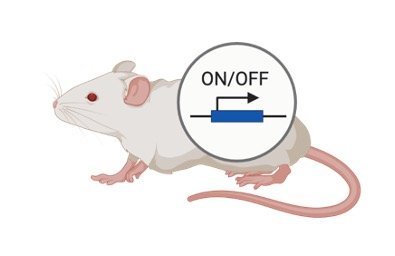