What is Biological Cell Defense?

Antigens such as viruses, which were discussed in the last course, need organisms to develop a defensive mechanism. If this were not the case, bacteria, fungi, and viruses would proliferate uncontrollably inside other species, most of which would be extinct by now.

As a result, organisms adopt a variety of defence mechanisms to prevent this from happening. The first and second lines of defence can be distinguished, with the first line generally having direct contact with the external environment.

1. Skin is a great line of defence because it protects the internal environment with an almost unbreakable biological barrier.

2. Lysozyme is a strong digestive enzyme present in tears and saliva that may break down foreign agents to a harmless state before they reach the body.

3. Blood clotting around open wounds inhibits antigens from easily entering the organism by clotting the blood.

4. Mucus and cilia in the nose and throat capture foreign agents that enter these open cavities and then sweep them outside through coughing, sneezing, and vomiting.

5. Plant cell walls are made up of fibrous proteins that act as a barrier against parasites (antigens).

If these early lines of protection fail, the body has further defences in place to guarantee that the foreign agent is defeated.

Antigens that have gotten beyond the initial lines of defence but still pose a threat to the infected organism are dealt with by the second lines of defense. Interferons are a group of proteins produced by a cell when it is attacked by an antigen.

These interferons bind to receptors on the plasma membrane of other cells, thereby informing them of the condition of the preceding cells. This alerts surrounding cells to the presence of an antigen and instructs them to begin coding for antiviral proteins, which, when activated, protect the cell by shutting it down.

As a result, any invading antigen will be unable to reproduce its DNA (or mRNA) and protein coat inside the cell, essentially stopping it from spreading throughout the body. These antiviral proteins protect the body against a wide variety of viruses. Interferon’s activity is a protective strategy, but white blood cells in animals’ second line of defence can assault these antigens.

Phagocytosis, in which the contents of the antigen are broken down by molecules called phagocytes, is one technique of combating antigens. In their lysosomes (a phagocyte organelle), these phagocytes have digestive enzymes like lysozyme.

Phagocytosis is a process that white blood cells like neutrophils and monocytes can go through, as seen below.

1. The bacteria inside the cell sends out chemical signals that the phagocyte picks up.

2. The bacterium recognises the cell as a potential host and advances toward it.

3. The bacteria is imprisoned in a vacuole that develops around it as the cell prepares for this.

4. At the moment, the bacteria is a sitting duck that is completely harmless.

5. The bacteria is detected by the lysosomes, and the digestive enzymes within them begin to break it down.

6. The cytoplasm absorbs the remains of the lysosome and bacterial materials.

The approach described above is one way to rid an organism of an internal threat posed by an antigen. This is a non-specific antigen reaction. 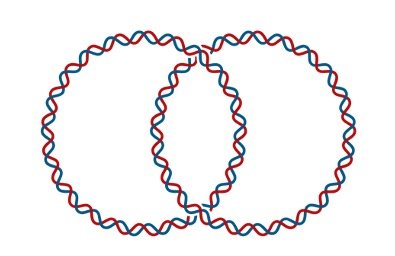